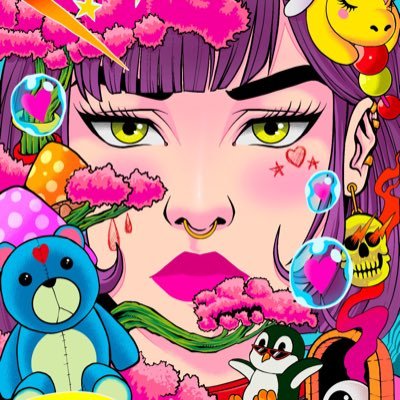 FTX is not DeFi 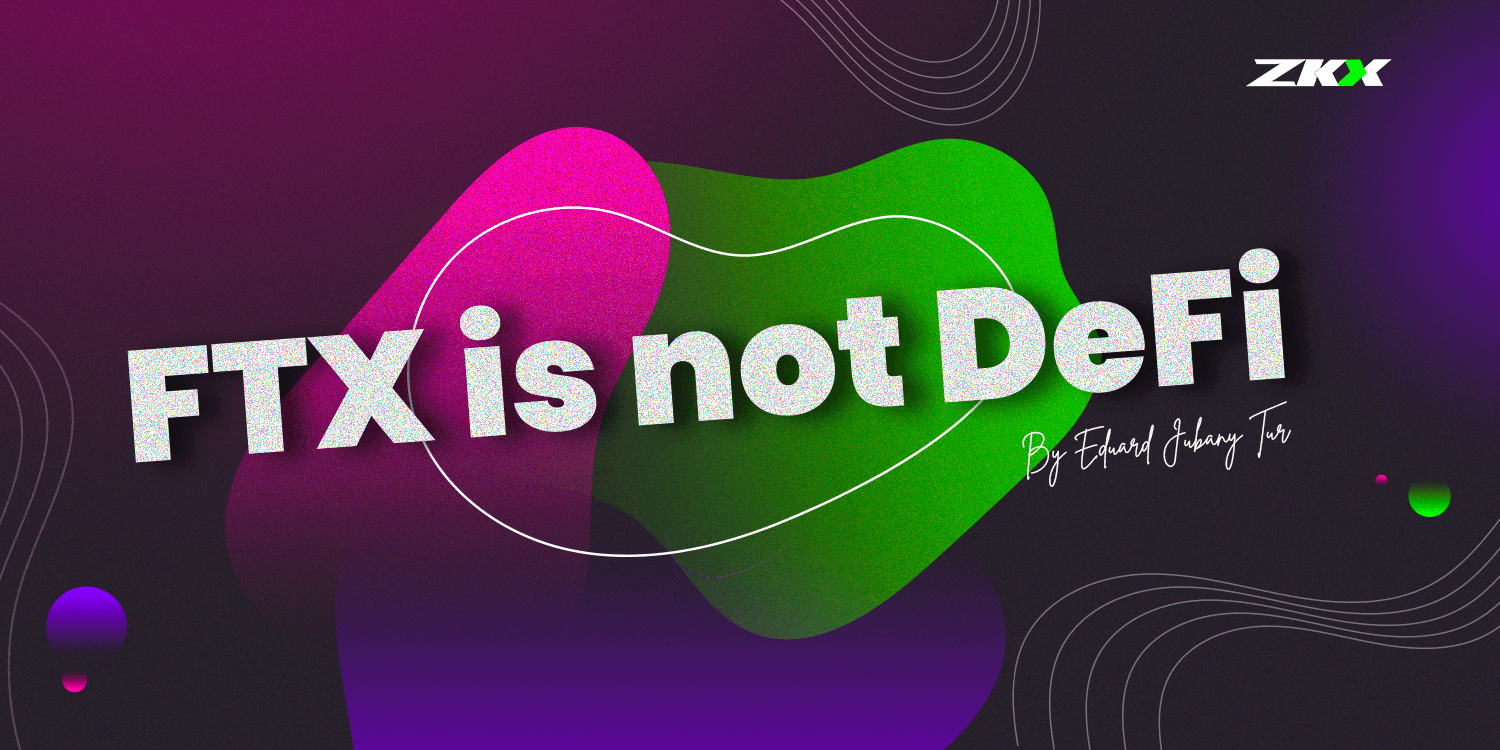 Let's start with the obvious. FTX is not DeFi. FTX is not Web3. The same goes for Celsius, 3AC, BlockFi, and many other companies that have filed for bankruptcy this year. These incorporated entities, operating in multiple countries including the US, the EU, and Singapore, were governed by local regulations and international finance standards.We know that most of them interacted, and had licenses or blessings from the regulators of these countries. The question is: how and why did this happen? Why did the regulators not follow through or understand at any given time what was going on? Were these companies given carte blanche?

It would be foolish to blame the regulators fully. There's sufficient evidence indicating that the majority of the Web3 players that have gone bankrupt in the last 12 months used the same old traditional tools of corporate and financial engineering to function. The economics of exploitation and opacity are the same ammunition used by those with a vested interest in decentralization, inclusion, and the values we know to be part of Web3, Crypto and DeFi.

It's important to understand that the failures of the companies we describe in this essay, like FTX or Celsius, are the failures of a financial and regulatory framework catered towards the political whims of certain countries and the ability to stop flows of illicit funds whenever required. Yet, time and time again, we've seen how institutions like HSBC have laundered funds for drug cartels and many other institutions. Did the regulators know? Perhaps not. But financial engineering is a global practice, and. numerous trusts, nominee directors, shoddy opaque banks, and complex corporate networks make the task inherently difficult. The regulators are complicit in perpetuating the existing framework and have completely missed the point of DeFi by trying to over-regulate Web3.

We know that smart contracts allow regulators to monitor the mechanics of any Web3 financial system in real-time, and assess risks on the spot. Blockchain and Web3 give regulators the tools to bring a fully inclusive and transparent financial system that can't hide risks as easily as it does today. Is an institution over-leveraging? You can track on-chain the flow of money and immediately take action. Is someone defrauding retail consumers? You can see in real time if the smart contracts contain faulty or malicious code. Never in history has there been the opportunity for governments to establish a financial framework that works globally and provides full traceability No more paperwork, no more auditors, and no more hidden risks. If nothing else, the failure of centralized crypto in 2022 has proved the case of relying on open-source DeFi protocols, most of which have remained impervious to the blowups happening in space.

Greed and innovation is a powerful combination that drives growth but also a dangerous proposition. If users see Web3 as an unsafe environment where degeneracy lives, we may fail to grow and expand. The sandbox of centralized crypto exchanges is a playground of speculation that brings some awareness and a whole lot of greed. But it adds little value to the actual potential of decentralized technologies. Centralized exchanges are the gateway drug to Web3, but these aren't enough nor sustainable in the long-term. From both the Web3 ecosystem and regulators perspective, we can't keep the users in a sandbox playing with tokens they barely understand just because the sandbox providers were compliant and did KYC / AML. There's no difference between degens trading options on Robinhood or degens trading full-leverage perp swaps on Binance. It does comply to a certain extent but doesn't fulfill the goals of DeFi and Web3 and it may be a massive loss of potential.

Of course, not everything is rosy in cryptoland. The Cambrian explosion of DeFi began in 2020 and it provided decades of innovation in a very short timespan, but the road is littered with victims and collateral damage. Here are a few aspects that are critical:

The question remains on how much Alameda Research, 3AC, Celsius, BlockFi, Genesis and such centralized entities provided the liquidity and the fuel for the last bull market in crypto. Alameda Research had exposure to hundreds of projects, most of which were centralized entities that provided liquidity and took part in the so-called "yield farming" that occurred during the first wave of DeFi from 2020 to 2022. It turns out that some of the largest firms in the space were actually running their own ghost teams, creating DeFi projects for multiple ecosystems they supported, such as Alameda Research with their Serum project on Solana, among others. They actively participated in creating protocols that were on-chain but not necessarily decentralized and benefitted from pushing tokens for each of these platforms and related parties.

We can ascertain that the frenzy of the last few years was fueled by overleveraged dollars that came into the system through centralized applications and entities, sometimes provided by institutions, and sometimes by retail customers. The problem is that now the liquidity is gone and what remains is the bare truth: there aren't many of us in DeFi. The reality is that most protocols in crypto have little traction, and very few users. Liquidity is locked by a few whales and crypto hedge funds but the age of "degen" exuberance is over for now.

Where is the Utility?

We can't ignore the fact that most DeFi platforms today struggle to find a value proposition that will cater to either institutional investors or retail customers. There's no incremental value in copy-cats that deploy in new ecosystems and protocols. As an industry, we should actively discourage that and promote deep core innovation in technology coupled with savvy growth hacking and agile product development. Memes work, but what about customer support? Not for a few thousand degens on Discord or Telegram, but millions of retail users? What about marketing tools that are decentralized and integrate with other protocols to service their users? How do you attribute a user on the blockchain, from Web2 to Web3 and back?

Neither the technology nor the compliance is fully ready for the Web3 ecosystem to onboard institutions and retail customers. Yes, we're talking about compliance. Methods of decentralized or cryptographic compliance based on ZK-proofs could be a way forward. Compulsory filing of smart contract audits with regulators could be another way forward. But we can't ignore that there won't be a free-for-all scenario happening anytime soon no matter how much we want it. A middle ground will be found in the future.

Investors are betting on metaverse, gaming and similar use cases to drive adoption for Web3 technologies like NFTs and tokens, this makes sense and it offers a clear value proposition: own your in-game achievements, loot boxes and items. You can trade them at free will at market value and an open economy can be born out of major mobile games like PUBG. The unbundling of Steam will happen sooner than later.

Going back to DeFi. The yield of lending platforms is lower than most T-bills throughout emerging markets and even the US. AMMs and other models have become a winner-take-all market in each ecosystem, with Uniswap still leading the way. There's little differentiation from a user perspective and aggregators like 1inch have managed to commodify the experience for the user. Retail users shouldn't be chasing liquidity and managing slippage. But the reality is that there's no incremental ROI in owning 99% of existing tokens. There's no clear cash flow in sight for the protocols, certainly not enough to justify valuations at the hundreds of millions if not billions. The token economies as designed usually don't provide clear value accrual to the token beyond simple governance rights. The token wipe-out is not only going to happen, it's actually necessary.

This leads us to the question if DeFi protocols actually need any token at all and if the entire token economy we've created will prevail in the future. Governance tokens as a tool of representation are inefficient but provide a semblance of an open and transparent stock market living on-chain. If our goal is to foster inclusivity and representation of those stakeholders who actually matter for the life and growth of a particular economic activity, then governance tokens have clearly failed. There's no outright representation of the users of any given protocol through the standard governance token implementation.

The End is the Beginning

New forms of governance are necessary to push forward decentralized and open-source protocols. Vitalik Buterin, founder of Ethereum, has been pushing the concept of soul-bound tokens, which are bound to their holders and cannot be transferred or sold outright. In its ultimate form, we could implement tokens whose sole purpose would not be to provide a playground for whales and investors but rather to provide a living picture of the stakeholders of any protocol, giving them representation in the governance so long they participate in the protocol in one way or another, as well as enabling cash flows. This does not exclude investors nor open market participants if the protocol and community deem there is value in including them and giving them the option to capture value out of the protocol in exchange for acquiring a stake in it, albeit temporarily.

There are plenty of areas within Web3 and crypto that are thrilling, exciting, and highly innovative. The applications of Zero-Knowledge technology, via STARKs, SNARKs, PLONKs, and others, are an open space of highly talented contributors trying to bring the vision of a decentralized world forward. Some folks may theorize that it's not in the interest of governments and regulators to let our vision of the world happen. It may be the case. There's a lot of pressure in keeping the system as is. But technology is progressing faster than ever and within the next decade, Web3 will mature and blossom independently of what anyone can do against it since it lives on the blockchain: immutable, permanent, and fully open. Regardless of conspiracy theories and philosophical takes, it is our responsibility to create and foster a safer environment for the users of our protocols and ecosystems. This is how we win the battle in the long term and how we prove our case and our value. And it may require a few compromises… the era of unfiltered degeneracy may be over.

Eduard is the Founder at ZKX and has over 15+ years of sector-agnostic experience, from Growth, Product to Operations. Prior to founding ZKX, Eduard was at SOSV, one of the world's top VC firms, with over $1.2 billion in assets under management (AUM).